San Francisco is the heart of denim, and the birthplace to great companies such as Levi’s and Tellason, but also newcomers who aspire to add to the ever growing denim landscape. For most companies, the backstory is always the passion of denim, but with Stovall & Young there is an even bigger picture: to create jeans that are completely designed and manufactured in America.

“It all starter when Chris and I were shopping for jeans, and we found this pair where the label had the American flag on it, yet inside it said ‘Made in China’. There was this instant feeling of being duped, perhaps even tricked,” explains creative director Sean Patrick Young about the origins of the brand. “We started looking on the internet for mills close to San Francisco and found the White Oak Cone Mills in Greensborough, where Levi’s, Filson and Carhartt made their clothing as well, and felt like this should be possible: we could really create our own denim brand.”

After finding the mill, Young quit his job as a Marketing Executive in April 2010 and started on the first Stovall & Young jeans together with his best friend Chris Stovall.

“I would go and bang on doors, talk with the people in charge. With the White Oak Cone factory, I would walk in every day and start hanging out, walking through the factory and letting myself in. The lady who owned the place was probably wondering who this young brat was, walking through her factory, high-fiving the women behind the sowing machines. I became a part of the factory in that sense,” Young reminisces, thinking back on their first year in the factory and how they were guided through the process. “Once we started creating jeans there, about a month later she would call me in the office and a pair of Levi’s, Carhartt and Filson jeans would lay on the table, all of them next to my pair of jeans. She asked me: ‘what is different about these jeans?’, on which I would explain how a Stovall & Young jeans was completely made in America and how we used different rivets. She stopped me and said that the only difference that these jeans had were marketing, that we had to tell our story instead of focussing too much on perfecting every tiny detail.”

Right at this moment American Made just started to blossom, with guys like Michael Williams of A Continuous Lean at the helm of that movement. The world was ready for a brand like Stovall & Young. But for Young the American Made motto was more than just a movement. It was a piece of heritage given to him by his grandmother, who used to sew jeans with great love and care.

Keeping everything close helps keep control over the production process. The ability to be able to contact everyone working on the jeans, whether it’s their denim manufacturer in Greensborough to their labelmakers in Portland, makes things a lot less complicated. And better for the person buying the jeans as well.

“A lot of people don’t see where their jeans are made. It’s like buying an apple: you don’t know how they got to the supermarket, nor exactly where they have been since they were picked from a tree in Mexico. You don’t know the backstory, and I think that is just as important to know about.”
For now, Stovall & Young have two jeans, both made from dry denim and in both a coper and grey stitched version. There’s the Young, a regular fitted normal dry denim, and the Martin, a 12oz selvedge dry denim, both with a smartphone sized coin pocket to keep the design both functional and contemporary. Next to the two jeans, there’s also two hats with the logo stitched on it. But Stovall & Young are ready for the next chapter. Soon they’ll launch their newest pair of jeans, the five year jean that will change the way brands connect with their customers.

“We had this frustration with how brands treat their loyal customers. How do we stop the mentality where, once the jeans are bought, the brand cuts all connections with their customer. We want to set up a system, for which we’re partnering with a tech company in San Francisco, where you can let your jeans be restored by someone close to you. We’re setting up a database of Stovall & Young repairers, some sort of Uber system of little alteration shops all over the world where you can bring your jeans and let them be darned.”

Expect the Five Year Jeans to be released soon. Till then, go to the website of Stovall & Young and get yourself a pair of jeans. 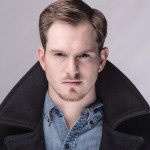 From selling denim to four years as the product developer at Lee; everything in Par Lundqvist's life has been building up to the start of his brand ...

Praised by their one of a kind store concept, notorious with the young and the old for their gut-feeling and one of the most inspiring stories in ...